Guys, we need to understand that our wives are under attack all day, every day. Perhaps we have missed it, because we’re not looking for that kind of attack; but that doesn’t make it any less real. In fact, I’d say the attack they’re receiving is much more insidious than a physical attack, because it attacks them at the core of who they are.

I’m speaking, of course, about the subtle messages of Madison Avenue; those that tell our wives that they’re not pretty enough. You and I, as men, may not be able to hear it; but I can guarantee you, that message is being shouted at our wives all day long. Every advertisement they see, whether in print, online, on a billboard or a TV is showing them that they’re not beautiful enough; and many of them add the tagline, if you just buy this product, you’ll be the beautiful you that you’ve always wanted to be.

What do you think that does to your wife’s self-esteem? I can guarantee you; it’s not good. A lot of a woman’s self-esteem is tied up in their appearance. Our society encourages that; but in reality, probably every society since the dawn of time has done so as well. If you’re not countering that message, it will become the center of her reality, affecting every area of her life and how she reacts to everything.

How Many Cows Is She Worth?

Let me tell you a little story. As I originally heard it, this was supposed to have taken place in some tribe in Africa. But where it happened isn’t important; the same thing could have happened pretty much anywhere.

In this particular tribe, young men were expected to pay a dowry for their brides. Typically, the dowry was paid in cattle and for most women the dowry was two to three cattle. In the case of a really beautiful young woman, with a financially well-off suitor, it might actually go as high as five cattle. But that’s about as high as it ever got.

There was a man in this village who’s daughter, to put it nicely, wasn’t one that attracted the looks of the young men. He was beginning to despair of ever seeing his daughter married, wondering if some young man would even pay one cow for the privilege of taking her as his wife. Then, one day, the chief’s son came to see this man, offering to pay 10 cows as dowry for the hand of his daughter. Needless to say, he was very pleasantly shocked.

The couple was married and headed off on their three month honeymoon.  Upon returning, the father of the bride didn’t recognize his own daughter, she was so beautiful. He accused the chief’s son of nefarious purposes, killing his daughter and bringing some other woman home in her place. But the daughter quickly dispelled that belief, convincing her father who she was.

What had happened to her? Her husband had treated her as if she was beautiful, causing her to become beautiful. From paying 10 cattle for her hand in marriage, through everything he said and did, he let her know that she was beautiful and she was loved and she became beautiful.

So, let me ask you; what message are you sending your wife?

With the world sending our wives the message that they aren’t beautiful enough; it falls to you and I to make them feel like that young lady, bringing out the beauty that’s hidden inside each and every woman. How do you do that?

With so many messages coming her way every day telling her that she’s not beautiful enough, she needs someone to appreciate her looks. That someone is you. Tell her she’s beautiful and tell her often. Get specific about it. Compliment particular parts of her face and body. King Solomon did that in Song of Solomon, chapter 4, and it worked for him. Take a note from his playbook and let it work for you.

Compliment Her in Front of Others

Don’t just complement her in private, do it in public as well. And do it in front of your kids. They will honor her more if they see you honoring her in their presence.  Doing it in front of others shows your sincerity; that you’re not just doing it to get something from her.

Let Your Eyes Show Her You Want Her

Look at your wife with eyes of longing and let her catch you doing so. Even the most cynical and sexually jaded women in the world still want to be desired. Send her that message with your eyes and do it often. A great time for that is sitting across the dining table, whether for a meal or just a cup of coffee.

Women need to be touched; but not just sexually. If the only time you touch your wife’s body is to touch her sexually, you’re sending the wrong message. Women can sense when you want something from them. Avoid the selfish touch. Instead, touch her back, her hair, her face. Enjoy the softness of her skin and let her see that you enjoy it. Touch is a powerful tool and one that, when used properly, will make her feel special.

Shampoo Her Hair for Her

If you want to touch your wife in a special way, then sit her down in a chair and shampoo her hair for her. A woman’s hair is important to her, as shown by all the money they spend in the beauty salon. But more than that, there’s something sensual about having someone shampoo and very carefully comb out your hair. Take your time and do it right, allowing her to enjoy every moment of it. And don’t forget to clean up the floor afterwards, even if she offers to do it.

Believe it or not, those sexy panties that you like are important… not just to turn you on, but to make her feel special. When women wear fancy lingerie, it changes how they think about themselves. So buy her lace panties and bras and make sure she doesn’t hide them in the back of the drawer. She’ll feel better, just knowing she’s wearing them, even if she doesn’t show you.

Notice When She Does Something Different

Women do lots of different things in search of beauty. They experiment with their hair, their makeup, their clothing and their bodies, all in search of some image they have of beauty. Sadly, we men are real poor at noticing those differences. We see the overall impression and like it; but we don’t see what the specific differences are. Study your wife’s face and hair, in all times and settings, until you can picture her in your mind’s eye. Then you’re more likely to notice when something doesn’t match that image.

Love the Person Inside

We men are highly visual, especially when women are concerned. We often get married, without truly knowing the person living inside that beautiful body. But that person inside is more important. Learn to see who she is and love her. First Peter, chapter 3 tells her to focus on making the inner women beautiful, not just the outer one. So let her know that you appreciate that person and think that she’s beautiful. As you learn to appreciate that inner beauty, you’ll find that you think she’s more beautiful on the outside.

Even though 1 Peter 3 tells women to not concentrate on their outer beauty, but rather to focus on the inner beauty, it doesn’t say that they shouldn’t be beautiful on the outside. So adorn her, giving her the tools to make her feel beautiful. For women, that means beautiful clothing and jewelry. Shower her with gifts, especially of those two things.

Now, I know that most guys are uncomfortable buying clothing for their wives, so let me give you a couple of secrets. Number one, you need to find out her size. Don’t just go into her closet for this, as she’s bound to have a lot of clothing that doesn’t fit her. Rather, see what she is wearing and then check the sizes of those clothing. Then look at colors and styles. You probably already know what her favorite color is, but what’s her style? If you stick with styles you’ve seen her in before, it’s safer.

But don’t just limit yourself to styles you’ve seen her in before. If you see something and wonder “How would my wife look in that? I think she’d look great” buy it. Take a chance. She can always take it back if she really doesn’t like it.

One final secret: if you still feel like you can’t pick something out for her, get some help. Ask her girlfriends or older daughters to help you find something. They’ll probably be glad to do it and they’ll already know what she will like.

Women need romance. Think of it this way; your wife needs romance at least as much as you need sex. So if you’re not fulfilling that need, you’re starving her. You were probably much more romantic when you were dating, so you obviously know how to do it. So get back to it. Do those things that you were doing before. What sorts of things?

Never Compare Her to Other Women

Finally, never, and I mean never, compare her to other women, even when she asks you to. If she comments on another woman’s beauty, don’t agree with her. Instead, compliment something about her beauty. She might believe that the other woman is beautiful, but she’s also asking for affirmation. Meet that need for her.

This goes beyond words; don’t let your eyes linger on other women in her presence either. If you do, in her mind you’re making that comparison, whether or not you are. Don’t give me that rubbish about being married doesn’t mean you can’t look either. You promised to cleave to your wife, forsaking all others. Looking at those other women sure doesn’t sound like forsaking others to me.

So, Time to Get to Work

So there you have it, a bakers ten (I just made that up) of ways you can make your wife feel more beautiful. And you know something? None of them are hard to do. All you need to do is make a conscious effort to do so.

Now, get to work men! 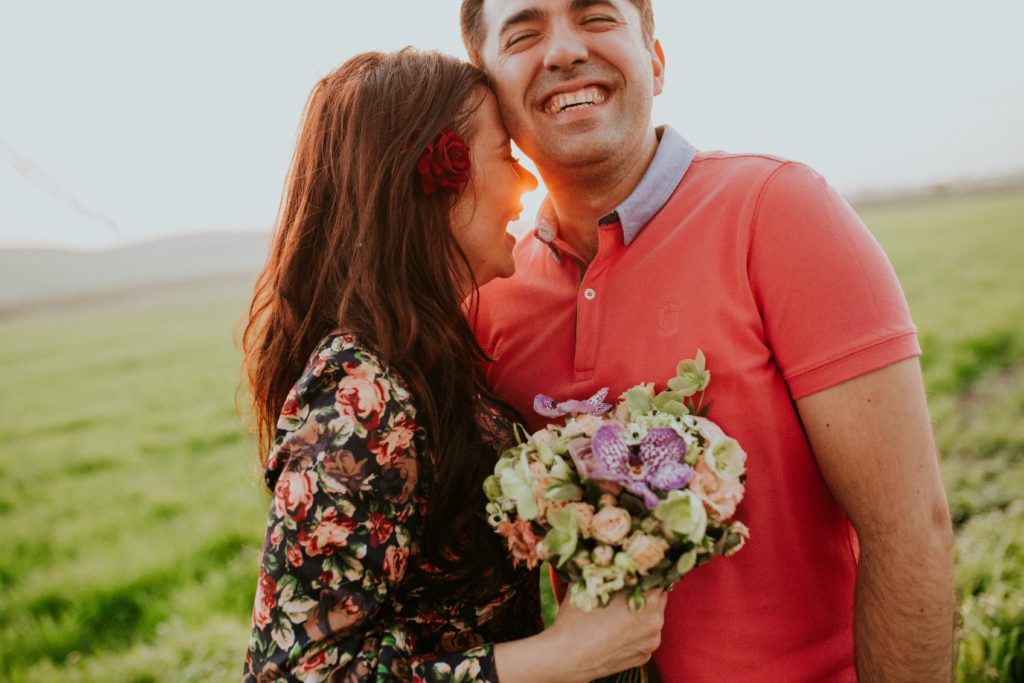 We men want respect; it’s a major part of what validates us. When our wives give us that respect we feel good about ourselves and…