The crowd knows what’s about to go down whenever Apollo Creed and Rocky Balboa step into the ring. This is no playground fight. There will be a victor and the loser will walk away beaten and bloody.

I’m sure you’ve seen the movie. We all love a good fight scene.

But, one place that we all hate to see a fight go down is in our home. Of course, we aren’t talking about a Rocky vs. Creed interaction. I am talking about those discussions that none of us want to have about finances, life decisions, things we said or didn’t say, and random gun purchases that we probably didn’t need to make.

It’s imperative that we learn to fight well with our spouse. There shouldn’t be a winner and a loser at the end of a marriage conflict. There should be two winners. The goal of any fight in marriage should be conflict resolution. Victory is found in attacking the issue and working towards a strong, healthy marriage.

Here are 7 Ways to Fight Fair with Your Spouse

Attack the Issue, Not Your Spouse

My wife thinks much differently than I do. I am an analytical guy. I see problems everywhere that need a solution. So, it’s hard for me to hear my wife’s emotional side of things when I want to go straight to fixing the problem. I found this hilarious video that illustrates this idea well.

The issue in the video is the obviously nail. The wife doesn’t want to talk about the nail, while all the husband wants to do is pull it out. Take note of this: they both approached the issue from different angles.

It’s hard not to push aside how our spouse is acting or feeling when we view issues from completely different viewpoints. However, we need to remember that strengthening our marriage means attacking the issue, not our wife. Just because they see things differently, doesn’t mean they are crazy or wrong.

Keep a Short Record of Wrongs

I’ll admit, in the midst of an argument I sometimes try and dig up issues from the past. I struggle with forgetting our arguments from the past, but truthfully that does nothing for the health of my marriage.

It’s important in our rules of engagement that we focus on the current issue, not resolved (or unresolved) issues of the past. When entering the ring, leave the past in the past. You make mistakes. Your spouse makes mistakes. Bringing up those past issues, only acts as fuel for the fire.

This is an area that I have thankfully grown in over the last seven years. When fighting fairly with my wife, I have learned that she foremost wants to be heard and understood.

Remember that video from earlier? If you didn’t watch it, go back and take a quick look, because it’s very relevant. The husband in the video did a great job at seeking to understand what his wife felt the issue was – even though she wasn’t always right.

Our wives see things much differently than we do. Instead of seeking to win, seek to understand. When an individual wins a fight and beats the other down, it’s never a win for the health of the marriage.  The goal of any argument should be understanding for the purpose of conflict resolution.

Early on in my marriage, my wife and I both went in with some pretty high expectations and ideas of what married life was like. Something she struggled with early on was avoiding conflict when something didn’t go as planned. We had many arguments early on about simple things – mainly my lack of desire to do the dishes. My sweet wife hates conflict, so instead of asking me to help, she would stew in anger and the kettle eventually exploded.

We have both learned a lot in our seven years of marriage. One of the most important lessons that’s now engraved on our hearts is to not let the kettle boil.

If there is an issue, talk about it with your spouse. Bring up how something makes you think or feel, don’t just let it sit. If you let it sit, an unexpected explosion is bound to occur.

Couples that pray together, stay together. When Christ is the center of a marriage, it’s stronger, because He is the solid foundation of the relationship. We’ve learned that one of the best ways to fight is through reliance upon God. I get frustrated sometimes. She cries sometimes. No one understands us as individuals, more than our Creator does.

Ask the Lord to strengthen your marriage, to reveal your areas of sin, and to grow you in grace through every fight.

Entering into a fight with your wife is like stepping foot into a courtroom. In a courtroom, one side wins and the other walks away defeated. In the midst of the trial, both sides are always working through a rebuttal in their minds to what’s currently being said.

Stop. This is not how we should fight with our spouse. It takes a lot of self-control for me to actually focus on what my wife is saying.

We talked about seeking understanding earlier. Hearing and understanding go hand and hand, but are very different. When we listen, we show that we care about her, not about winning. Listen intently to what she has to say. Don’t shut down what’s on her heart. Listen, digest, and then graciously respond.

One of the things I love most about my wife is her kind, calm tone. I, however, am rougher around the edges. I have quickly learned the importance of having a calm tone when approaching disagreements with my wife. One word spoken in a blunt tone can bruise her heart… and tears quickly overtake the conversation.

Do your best to keep a calm and collected tone in the midst of a fight. When we turn up the volume, it only turns up the heat in the argument, but a gentle answer is a repellant for anger and wrath.

Here is an important verse to arm yourself with:

“Do nothing from selfish ambition or conceit, but in humility count others more significant than yourselves.” Philippians 2:3

It’s not about me. Repeat that again. My wife and the health of our marriage are more important than my pride. If you keep these seven tips in mind during an argument, things will go better in the end and you both will win.

That’s the goal, right? A win-win resolution so you can remain close and continue to grow together and lead your family. 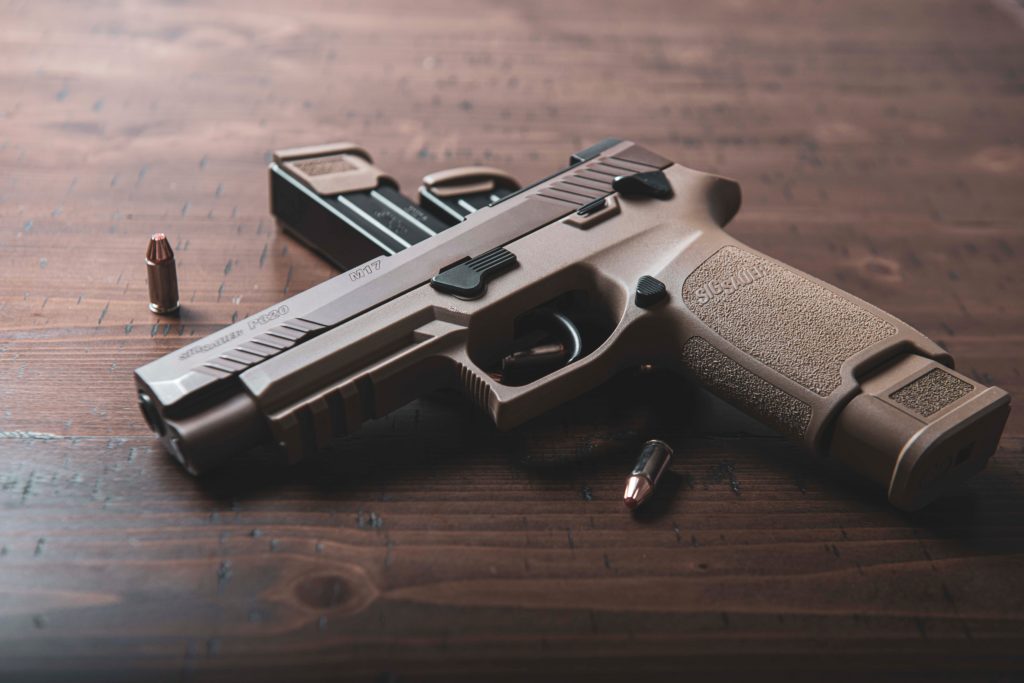 The debate over our Constitutional right to keep and bear arms is long-standing. If we could look back, we’d probably find that there were those…

There is only one thing you need to get a good workout, no matter where you go—your body! Bodyweight exercises are not only free—but they…